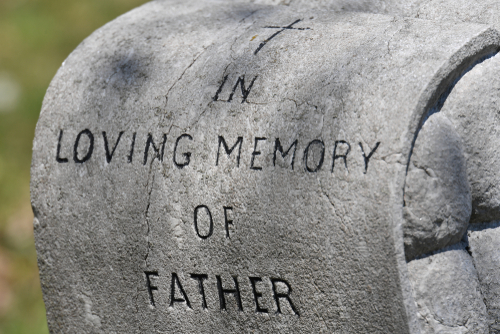 When you dream of your dead father, you have to ask yourself what part of your past has returned and why now? Like father dreams in general, dreams about dead fathers are symbolic of your conscious attitude; all dreams are images of a particular dynamic in your psyche.

The particular psychological dynamic imaged in father dreams depends on the relationship you had with your father. I think that supportive dreams about our dead fathers are self-illuminating, but others, maybe not so much. So, let’s take a general look at these latter dreams using example dreams.

In this post, I’m pulling together some answers about dreams about dead fathers that I have given on Quora, so again consider it free-style…

If you haven’t read the post on Dreams about Fathers and how to free your mind from unconscious influence, then you should do that before you read this one on dreams about dead fathers.  You need a solid understanding of the meaning of the father in dreams.  Remember, symbolically, the father is a psychological dynamic.

Table of Contents - Jump to Section

Dreams about Dead Fathers:  Recap on the Symbolism of the Father

Archetypally speaking, the father symbolizes both your conscious attitude toward life and your ability to step into the world and make something happen for yourself.

…an attitude is our habitual point of reference toward life, how we respond to typical life events without even thinking about it. It can be both conscious and unconscious. Whatever your father represents has something to do with how you see, not only yourself, but also the world around you. 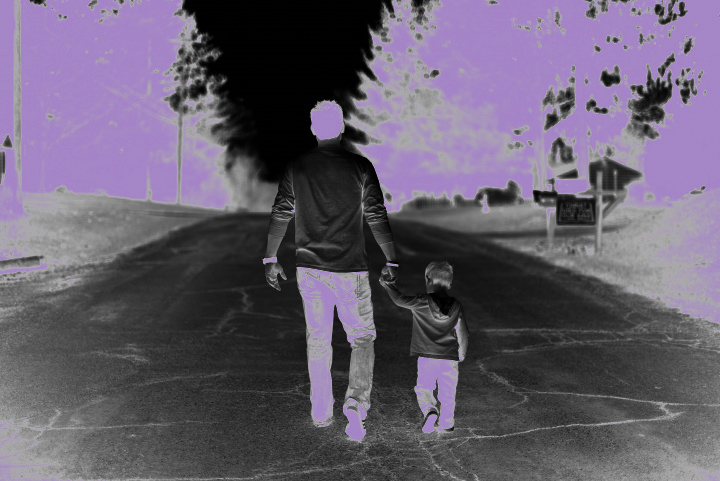 Here’s what I said about the image of the father in the main post about father dreams.  Psychologically speaking, the father is an image for the dynamics of: 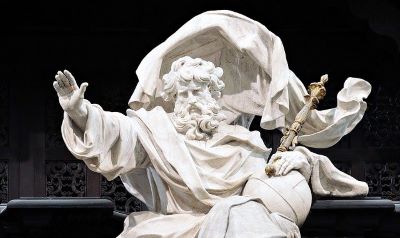 Think of all that stuff as a sort of autonomous complex in your psyche, a complex which functions on its own. That’s what the father in dreams symbolizes.

But remember, the father is more than that.

The father figure is also the subtle inner voice of authority that says what we can and cannot do, or, what we should and should not do.

The father image can also be behind thoughts and judgments that randomly rise up in our minds.

Even if we had the greatest dad in the world, we still have to let him go and become an adult. In order to become authentically who and what we are, we have to separate from that unconscious inner authority and make our own decisions about what we want from life.

Our parents leave a deep psychological imprint – one that lasts long after they die. Remember, it’s not just about your memories of your father.  We are talking about unconscious dynamics.

So, whenever we dream about dead fathers, we know that father principle in our psyche is active at the time of our dream. Sometimes your father or another father figure shows up to support you. Other times, he shows and pulls you back into an old family dynamic.

For example, both my stepfather and my father were horrible men, each with their own flavor of psychological torment. If I dream of either one of those men, then I know something in my conscious attitude is not right.  Maybe I am judging myself too harshly or feeling a lack of vitality. That dream tells me that I am stuck in an old dynamic, something which gives me the power and authority to say, STOP doing this to yourself. 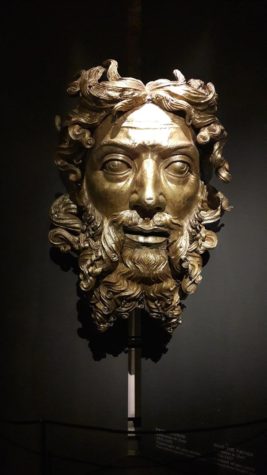 DO NOT LOOK FOR YOUR EXACT DREAM HERE

That is not what we are doing here. It would be abjectly impossible for me to write about every dream about dead fathers.

The number of people who contact me whining, “My dream isn’t on your site” drive me nuts because they are missing the point of this site. Watch what I do with the material so you can learn how to work with your dream meaning.  Go to the home page on dream interpretation or read about to decipher dream meaning first.

Someone on Quora asked me about the following dream about dead fathers:

What does it mean when I see my dead father in my dreams worrying about having no money?

This is one of those dreams that is short, yet packed with meaning for the dreamer. So, let’s look at how you’d unpack this dream.  Again, remember, I’m showing you how to extrapolate meaning from any dream.

The two main images in this dream are the dead father and money, so let’s look how to work with the dream.

Symbolism of Money in Dreams About Dead Fathers

Money is symbolic of energy.  Money in dreams, then, symbolizes psychic energy. 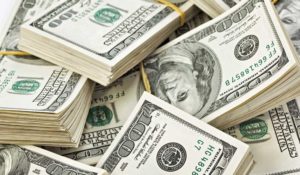 By psychic energy, I don’t mean anything metaphysical, I mean quantifiable energy – the body stuff we can measure through physiological indicators, such as blood pressure, pulse, respiration, and skin conductivity.

Energy in this sense means: available for work.  Here work means the ability to direct force and make something happen (as in physics).

All of that stuff also has a psychological aspect, something we might call vitality.  If you have vitality, you can get your shit done.  When you don’t have vitality, you pretty much get nothing done. Or if you do, it’s been a struggle.

A good example of how we can measure our psychological vitality is through our moods:

Dreams About Dead Father Complaining About Having No Money 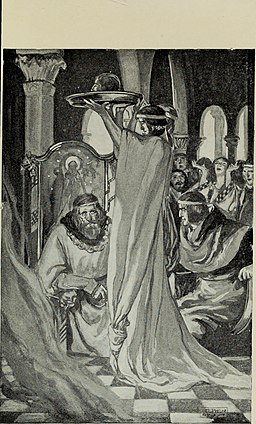 The Fisher King as an image for the injured father principle

In this dream, the man’s dead father complains of having no money. If we look at this dead father dream psychologically, it means that something in the dreamer’s current attitude or approach to life is lifeless.

If you have such a dream, then it could be that you are stuck in an old parental dynamic, possibly in a childish relationship to your father, even though he’s dead.  If that is true, then it’s time to break free from that and get in touch with your inner father – the Father Archetype.

To fully realize your inner father, meaning the inner father as that animating, archetypal structure in your psyche, you can’t just accept other people’s opinions as your own.  That includes include everything you have inherited from your family and your collective culture. As I said in the post on Father Dreams, question everything!

Do you have your own ideas about life?  Can you stand your own ground?

Don’t form your opinions from what you hear on mainstream media:  Fox or CNN, for example. That’s the Collective Father image – all of the ideas you have inherited through public education or your religion. If you want to individuate, then you have to feel and think your own way about life, and ultimately, you must live life on your own terms.

Find out what you are meant to be and do in the world. This is a process. It won’t be something that you can think up.  Open your eyes to the world around you. What sparks joy in you?  Find that thing which excites you and makes you want to get up in the morning.

Dreams about dead fathers and the negative father complex 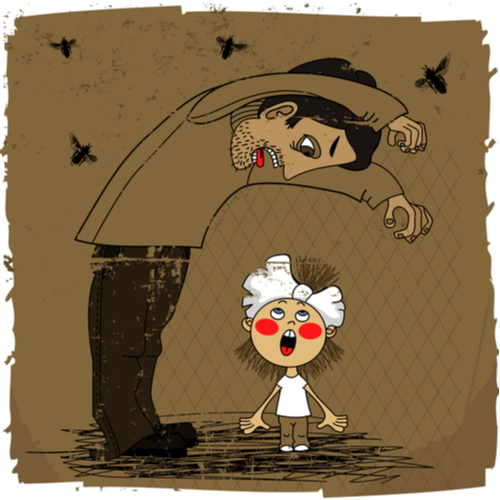 Someone else asked another question about her abusive dead father in a dream.

What does it mean when you dream about your deceased father beating you up, nearly killing you?

Disturbing right? This dream about a dead father shows a very clear image of a negative father complex.

And while the dream certainly has something to do with the abusive relationship between the dreamer and her dead father, the dream is more about what that internal dynamic does to her.

When we have a negative father complex, we often have tormenting destructive thoughts – the kind of thoughts that beat us up, often in the middle of the night. Do not underestimate the damage which that kind of negative thinking does to your soul. It’s serious.

The Psychological Imprint of the Father 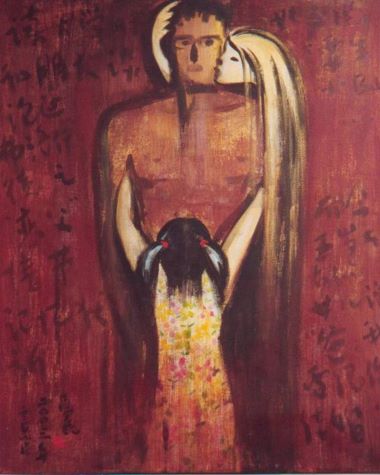 Our father and our relationship to him leaves a deep imprint in our lives. Psychologically speaking, our father is not simply a fixed snapshot of our happy childhood or our troubled past.

The father is a living psychic complex in us. Whether our actual father was either too good or too bad, a father-complex can create an obstacle in people’s development, namely an inability to move forward in life.  And even more so, a negative father complex can result in the inability to move forward in life on our own terms, something which might manifest as chronic self-doubt and a constant need for affirmation or approval.

For women, a father-complex can interfere in her relationships with men. In some cases, no man can compete with her father; in other cases, she marries someone just like him, even though she despises him.

We can see in the dream above that this woman lived under the brutal tyranny of the autonomous of father-complex.

When a complex overpowers us, we see the world through a very different lens. Something in which we normally trust becomes suspect, or we may become particularly pessimistic, dark, cocky, or cynical. Complexes also have the power to distort our faces, as well as change the tone of our voice, both the voice we use with others and, especially, the one we use in our internal dialogue.

As I said before, in general, the father represents your attitude toward life. An attitude is our normal point of reference toward life, how we respond to typical life events without even thinking about it. It can be both conscious and unconscious. Whatever your father represents has something to do with how you see, not only yourself, but also the world around you.

When you dream of your dead father abusing you, you have to ask yourself what part of your abusive past has returned: 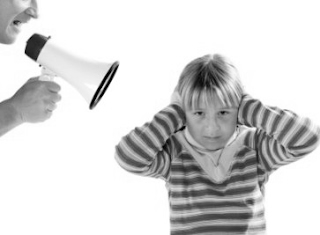 A negative father complex could also be subtler, for example, in an overall feeling that nothing will ever work out for you or in the feeling that you can’t do anything.

When the dream expresses that your father image is nearly killing you, it means that this dynamic is killing your own life force – that is, your own potential to stand up and take control of your life. Don’t buy into what it says. It’s a good sign that you had this dream because it tells you exactly what’s behind “beating yourself up”.

Your first step in transcending this kind of authoritarian complex is to separate yourself from it. Try to catch yourself when you are in a cycle of beating yourself up. Recognize that it’s the autonomous complex beating you up.

Remember, the father effectively superimposes a perspective on all aspects of life, and because of this, he can sometimes appear as an oppressive authority in dreams. However he appears, his power is insistence, whether conscious or not, on a particular way of being in the world and a refusal or inability to see or accept the possibility of change or difference.

Want to learn more about working with dreams or Jungian Psychology? 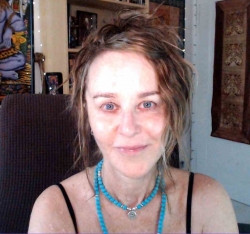 Latest posts by Jesamine Mello (see all)
Liked it? Take a second to support Real Dream Interpretation on Patreon

It’s your great job in these webs. I’m very grateful having it. I find here many many lessons for my up coming novel .

Find a symbol or topic

Notify me of Zoom seminars and workshops

Notify me about new posts 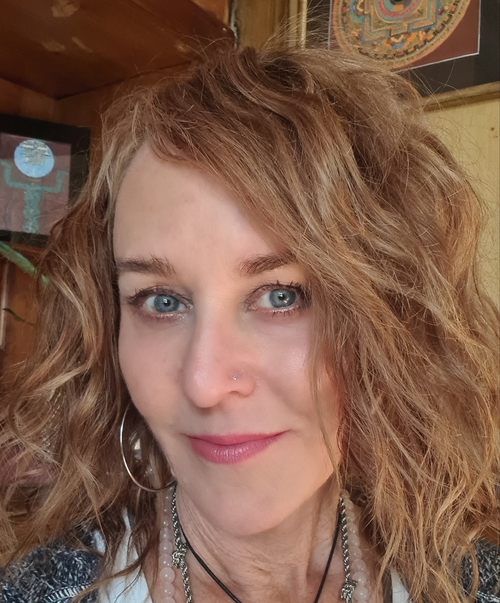 Notify me about new posts 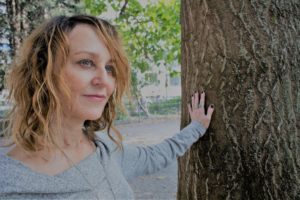 Want to talk about your dreams? Book a session with me.